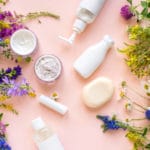 Unfortunately we do not have a magic eraser or directions to the fountain of youth, but we do have some tips to get that gorgeous, gorgeous glowing skin no matter what season we’re in. And the best part? These tips are easy to incorporate into your daily life and you won’t be breaking the bank! Let’s get started.  Give yourself a face massage. Fine lines? Puffiness? Of … END_OF_DOCUMENT_TOKEN_TO_BE_REPLACED 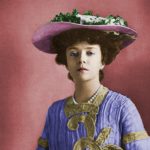 Teddy Roosevelt, the 26th President of the United States once said: “I can do one of two things. I can be President of the United States or I can control Alice Roosevelt. I cannot possibly do both.” And since we know what he chose to do, we can imagine what daughter Alice Roosevelt then chose to do. Today we’re looking at some of the crazy, outlandish, and downright wild things … END_OF_DOCUMENT_TOKEN_TO_BE_REPLACED 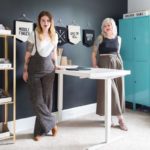 We’ll keep the intro short because if you’re here that means you’re a little inappropriate at times (we love to see it) and we have a feeling once you pick up what we’re putting down, you’ll be ready to take a trip to St. Louis, Missouri, or at least make a big purchase at our new favorite local entity known as Golden Gems, so let’s not waste any more time. Golden Gems is a … END_OF_DOCUMENT_TOKEN_TO_BE_REPLACED 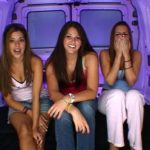 MTV has given us a lot over the years, and if you were around (and watching MTV) in the early-2000s, then you recall a time before Tinder, but after reality TV, and in this time frame dating reality shows were a huge hit. They were awkward, they were cringey, and today we’re talking about the worst of the worst MTV had to offer. Let’s get started!  Room Raiders The … END_OF_DOCUMENT_TOKEN_TO_BE_REPLACED 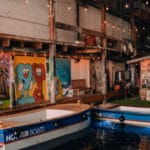 What if we told you there existed an experience that combined both boating with your friends and also sitting in a relaxing hot tub? If the idea of this blows your mind and also sounds like your idea of a great day, then keep reading all because we’re about to educate you on Hot Tub Boats.  (image via: insider)  Lake Union is where our story takes place and it … END_OF_DOCUMENT_TOKEN_TO_BE_REPLACED

At Joe’s Feed entertainment is the name of the game. We’re here to share the latest news, viral stories, and interesting facts about our favorite celebrities, movies, TV shows, and books. We’re here to help you take a break from your busy everyday life with funny content from across the web, useless (but fascinating) facts, and top recommendations about food, travel, and entertainment.